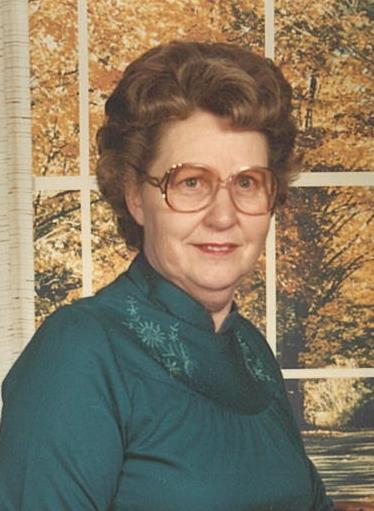 A graveside service will be held at the convenience of the family at Old Glendale Cemetery in the spring.  There will be no calling hours or funeral service.  In lieu of flowers, memorial contributions may be made to a charity of one’s choice.  Arrangements are with Iseneker Funeral Home, Inc., Lowville.

Marline is survived by her four children, Louis Bodnar and his companion Kathy Walseman of Turin and his three children, Louis, Taylor, and Brooke; Melinda (John) Sammis of Lowville and their three children Allison, Jaclyn and John; John (Diane) Bodnar of Turin, and his two step-daughters, Jennifer and Cindi and their families; Joanne (Tom) Gorczyca of Schenectady and their two sons, Andrew and Mark; and eight great-grandchildren; two sisters, her twin, Maxine Galarneau of Turin; and Phyllis Edick of Lowville; and many nieces and nephews.

Marline was born at home in Glenfield, NY on February 20, 1930, along with her twin sister, Maxine; a daughter of  the late Elroy and Nellie Burnham Edick, they were kept warm next to the wood-burning stove.  The attending doctor stated “If they make it through the night, they will be okay.”  Marline graduated from General Martin High School in 1948 and attended hairdressing school in Utica.    On May 20, 1950, she married Louis Bodnar at St. Mary’s Catholic Church in Glenfield, NY, with Father DeRosier officiating.  Together with her husband, they owned and operated a dairy farm from 1951 till 1978.  In addition to raising her family, Marline did various jobs over the years, setting a great example for her children to follow and teaching them a good work ethic.  She was a hairdresser in her home for seven years; she worked for Beaverite for three years and sold Dutchmaid clothing for 20 years.  She drove school bus for South Lewis Central School for 13 years and operated a Bed and Breakfast in her home for skiers for 13 years; she worked at Kraft in Lowville from 1971-1991.  Marline was an aide for two years on an ARC bus.  She enjoyed making and selling dolls for eight years called Grandma’s Angels.  Marline and her husband Louis could be seen selling their dolls at the seasonal Watertown Farm and Craft Market for many years.  From 1991 till 1996, Marline and Louis enjoyed wintering in Florida.  The couple moved to Lowville in 2000.  Marline’s husband of 56 years, Louis, passed away on November 30, 2006.  Marline married her high school friend, Leon Stewart on September 22, 2007.  Leon passed away on October 5, 2011.

Marline was a member of the Lowville United Methodist Church.  She enjoyed knitting and going to auctions.

Marline’s family would like to offer a special thank you to all of her in home caregivers and Lanpher Street neighbors.  Her family would also like to send their heart-felt gratitude to the Lewis County General Hospital and Adult Day Care for helping them navigate their mother’s remaining time on earth during these challenging times.

Plant a tree in memory of Marline Bodnar (Edick) Stewart

Your niece, Audrey Tobin, Louie, Melinda, John, Joanne I feel sadness for you. It is hard to lose a good Mom. I admired her.

Aunt Marlene, Even in my more youthful eyes, you had an unsurpassed work ethic. Always in the service of your family and others with whom you connected; your energy seemed boundless. You deserve to Rest In Peace, however, I suspect you'll be baking cakes and other goodies for everyone in heaven!
Your niece, Audrey Tobin, Louie, Melinda, John, Joanne I feel sadness for you. It is hard to lose a good Mom. I admired her.

Melinda, Joanne, John and Louie, your mom was such a lovely lady! I so enjoyed our time together over the last year before going into the hospital/NH. Keep the wonderful memories close to your hearts and may they bring peace, comfort and strength!! Thinking of you all!

We're so very sorry for your loss. John worked with Marlene for her entire employment with Kraft, and he remembers her well, and with affection.

What an amazing life! I truly admire what she accomplished. While I only knew of her through my sister-in-law Joanne Bodnar Gorczyca, l do have a fond memory of her generosity. Many years ago she passed on to me a glass serving dish once owned by my paternal grandmother Sophia Gorczyca. Marline obtained it when my grandmother sold it at a yard sale. I always think of Marline when l look at that dish. It is the only item I have of my grandmother's other than some pictures from the 1950s.
I was sorry to hear of her passing but hope her extended family finds peace in their memories of her.

A Memorial Tree was ordered in memory of Marline Bodnar Stewart by Neil and Aline Newman.  Plant a Tree

Plant a tree in memory of Marline Bodnar (Edick) Stewart