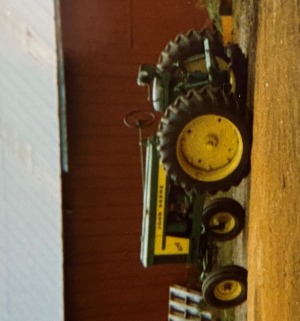 CROGHAN-Kevin Joseph Boliver, 68, of State Route 812, passed away on Friday, July 30, 2021 at his home, under the loving care of his family and Lewis County Hospice.

A funeral Mass will be said at 11:00 a.m. on Thursday, August 5, 2021 at St. Stephen’s Catholic Church, Croghan with Rev. Donald Manfred, Pastor officiating. Burial will follow in St. Stephen’s Cemetery, Croghan. Calling hours are from 4:00 to 8:00 p.m. on Wednesday, August 4, 2021 at Iseneker Funeral Home Inc., Lowville. Contributions may be made in Kevin Boliver’s name to Friends of Lewis County Hospice, P.O. Box 266, Lowville NY 13367.

Kevin was born on December 13, 1952, a son of  the late Bernard and Bernadette Campany Boliver. He attended Father Leo’s Memorial School and graduated from Beaver River Central School in 1971. After high school he went to work for Law Brothers Construction until the end of 1971. In 1972 he became a self employed carpenter, building and remodeling homes until his retirement in 2015. In 1973 he built and operated Indian River Lumber, a sawmill that he ran until 2008. He sawed lumber for numerous customers including J.P. Lewis and Niagara Mohawk, as well as planks for local township bridges and he did local custom sawing.

Kevin was a communicant of St. Stephen’s Catholic Church in Croghan.

Kevin enjoyed hunting and fishing. He was a long time member of the Massaweepie Hunting club and also enjoyed many years of hunting at the family’s camp. In his younger years he went on fishing trips to Canada with his father. He also enjoyed fishing local ponds and lakes. He spent endless hours at his sawmill where  he enjoyed his collection of antique John Deere tractors.  For over fifty years he produced maple syrup with his family. He built or worked on all his children’s homes. Kevin entertained by singing and playing guitar at family gatherings. He went on many family vacations all over the United States and Canada. He loved  spending time daily with his children, grandchildren and siblings.

To send flowers to the family or plant a tree in memory of Kevin Joseph Boliver, please visit our floral store.