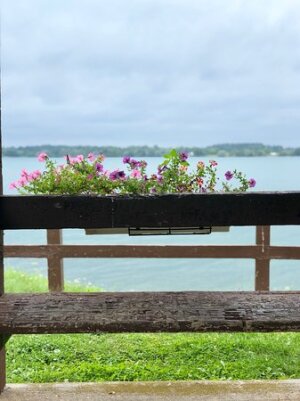 LOWVILLE: Kevin Hefferon, 58, from the Tug Hill area passed away on Wednesday, March 24, 2021.  He was a son of the late Richard and Judith Olander Hefferon.  He was a skilled worker, knowing many different trades. From truck driving to welding, mechanics, tree work, and building. He leaves behind many friends from the northern region and from his original home in New Hartford NY. Kevin is survived by his son Korey and his fiancé Ashley. A daughter Katrina and their brother Kyle all from Colorado. His aunt and uncle  Mary Lou and Peter Alexander. Brother Ric and Tanya and brother Ted and Kim.  Kevin is predeceased by His parents, Judy and Richard E. Hefferon; his grandparents, Dolly and Ted Olander and Dorothy and John Hefferon. The family would like to thank Tina and Carey Koster for the kindness they showed to Kevin. They also would like to thank the staff at Lewis County General Hospital for the care given during his stay. To some Kevin was a little rough around the edges, but he had a big heart. There will be no service at this time. RIP
Condolences may be made online at www.isenekerfuneralhome.com

To send flowers to the family or plant a tree in memory of Kevin R. Hefferon, please visit our floral store.

You can still show your support by sending flowers directly to the family, or by planting a memorial tree in the memory of Kevin R. Hefferon
Share a memory
© 2021 Iseneker Funeral Home, Inc.. All Rights Reserved. Funeral Home website by CFS & TA | Terms of Use | Privacy Policy