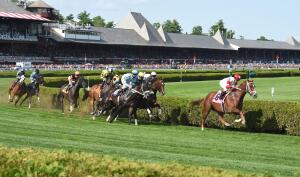 He is survived by his wife, Melissa Blanchard of Lowville; his children, Edward Kevin Blanchard Jr., Terrance Blanchard and Marcus Harris all of Schenectady; stepchildren, Andrew Hoffman of Port Leyden, Caleb Baxter of Lowville, Jeramiah Elliott of Port Leyden; siblings, James Blanchard, William Blanchard, Timothy Blanchard, Joy Harris, Mary Blanchard all of Schenectady; Kalesha Blanchard who was a niece, but he thought of her as a sister.  He is also survived by his Bass family; several aunts, uncles, nieces, nephews and cousins; 6 grandchildren; his in-laws, Edward and Dawn Zagurski of West Leyden and Henry Kraeger of Port Leyden. He is predeceased by his parents, two brothers, Tyrone Blanchard, Terrance Blanchard; and a stepdaughter, Eliza Hoffman.

Edward was born on February 14, 1966 in Schenectady, NY, a son of the late Herman Bass and Bertha Mosley Bass.  He graduated from Mount Pleasant High School in Schenectady. While Ed was in school he enjoyed playing sports, including football, basketball and track.  Ed was well known for his sports acquired nickname “Doc” Blanchard.  Edward worked as a CDL driver for the City of Schenectady and later moved to Lowville where he married Melissa Kraeger on January 19, 2013.

He enjoyed watching sports and horse racing.  Ed enjoyed the competitiveness of horseracing and other sports.  He enjoyed the outdoors as well as reading.

Condolences may be shared online at www.isenekerfuneralhome.com .

To send flowers to the family or plant a tree in memory of Edward K. Blanchard, please visit our floral store.